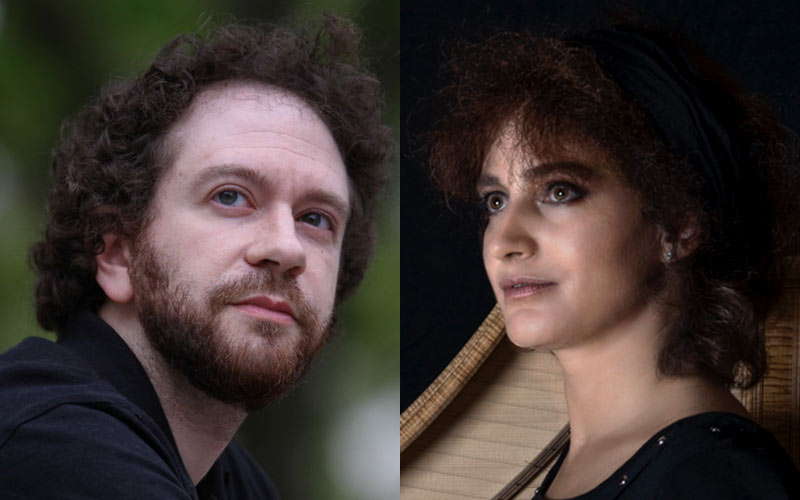 COVID Policy: Masks will be required for all attendees, physical distancing will be in place, and room capacity will be limited.

The brilliant songs of late medieval Italy included an until-recently hidden world of Jewish musicians, whose beautiful and mysterious music has just begun to emerge from centuries of obscurity. Two medieval music specialists – countertenor Doron Schleifer and early keyboard/recorder specialist Corina Marti – will share this unique body of repertoire in a special concert.

Countertenor Doron Schleifer performs regularly with the Schola Cantorum Nürnberg, directed by Pia Praetorius; with Ensemble La Morra; and with La Capella Reial de Catalunya, conducted by Jordi Savall. He is a member of the Thalamus Vocal Quartet and the all-male vocal ensemble Profeti della Quinta, with which he recently won the York Early Music International Young Artist Competition. Schleifer is also the conductor and musical director of the Basel Synagogue Choir.

Corina Marti has extensively performed, recorded and taught Late Medieval and Early Renaissance repertoires throughout Europe, the Middle East and the United States. Her performances on early flutes and keyboard instruments – as well as her research into their history and construction – have contributed to their revival among performers. She appears as soloist and together with chamber music ensembles (including Jordi Savall’s Hesperion XXI and La Capella Reial de Cataluña) performing Renaissance, Baroque and contemporary repertoire.

Concert is co-sponsored by the Southwest Michigan Chapter of the American Guild of Organists.