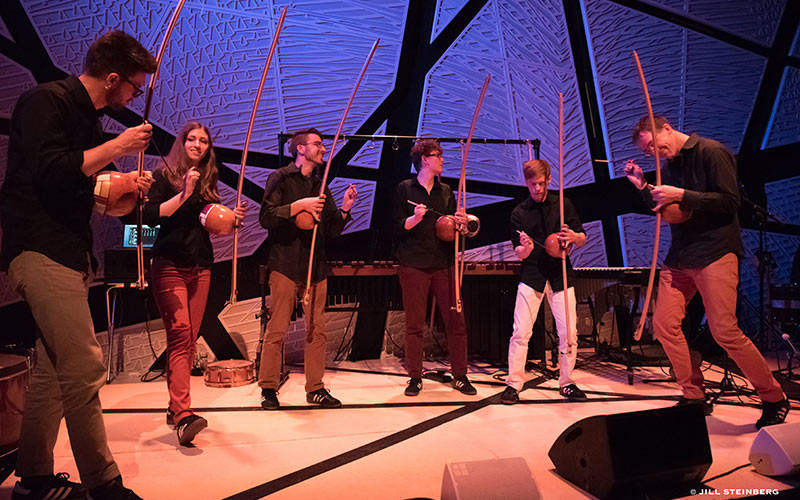 Although the berimbau is a well-known instrument in Brazil, most people in the United States remain unaware of this instrument family and its elegant beauty and simplicity. Musical bows are the most popular and widespread traditional string instrument found throughout sub-Saharan Africa, and the berimbau made its way to Brazil via the Transatlantic slave trade.

Capoeira is an Afro-Brazilian art form that combines elements of fight, acrobatics, music, dance and rituals in a very elegant and magnetic way. Performed by two people, it is often called a “game” that is played, not a fight. Mestre Lobinho began training in 1998 in Sao Paulo, Brazil, and he has been teaching in the Ann Arbor and Ypsilanti area of Michigan for 4 years.

Chicago-based bassist/composer and bandleader Matt Ulery has developed an instantly recognizable sound. From small, diverse chamber ensembles to full orchestras, Ulery’s music is informed by the entire spectrum of jazz, classical, rock, pop, and folk – specifically American, South American, Balkan, and other European folk styles. He has been performing for 23 years on upright, electric, and brass basses.

COVID-19 Policy: Please note that masks will be required for those attending this performance. We’ll provide some at the door if you forget yours. Thanks in advance for your understanding and cooperation!

This event is free to the public. Donations will be accepted.