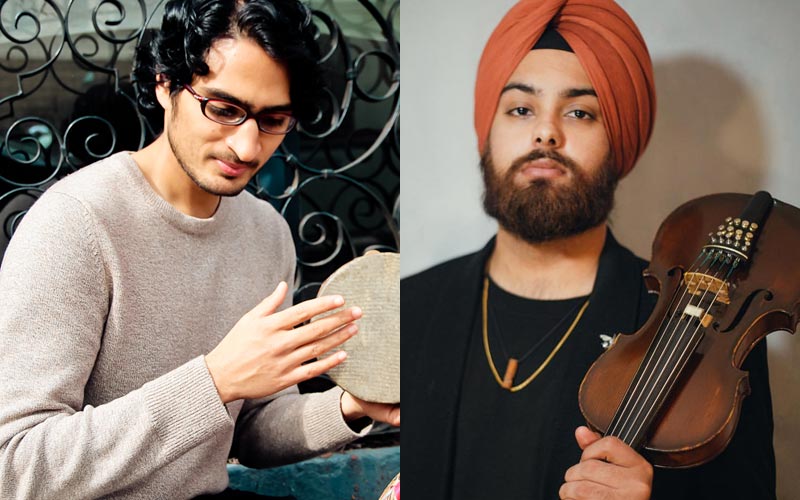 The artists behind one of the most well-received performances of our 2019 Connecting Chords Music Festival – Rohan Krishnamurthy & Raaginder – will be releasing the concert as a EP, and they will be joining us on Sunday, August 23 at 7:00 PM Eastern to discuss the music, play audio clips, and answer questions from the virtual audience.

The discussion will take place on Zoom and be broadcast on our Facebook page.

If you would like to actively participate in the Zoom call, please pre-register by sending an email to director@mfsm.org, and we’ll send you the meeting credentials. We’ll also be taking questions via Facebook chat.

A “musical ambassador” and “pride of India” (The Times of India), percussionist, educator, and Kalamazoo-native Rohan Krishnamurthy imagines new musical intersections to bridge diverse cultures and communities. His cross-genre artistry draws from a formal study of Indian classical Carnatic music, propagating the ancient tradition and expanding it across global genres.

Raaginder is an Indian classical violinist, music producer and singer who has performed in prominent venues all over the world, including the White House, Staples Center, and Wembley Arena. Classically trained in Hindustani music, Raaginder experiments with different genres of music – including hip-hop and Bhangra – to create his own unique sound.