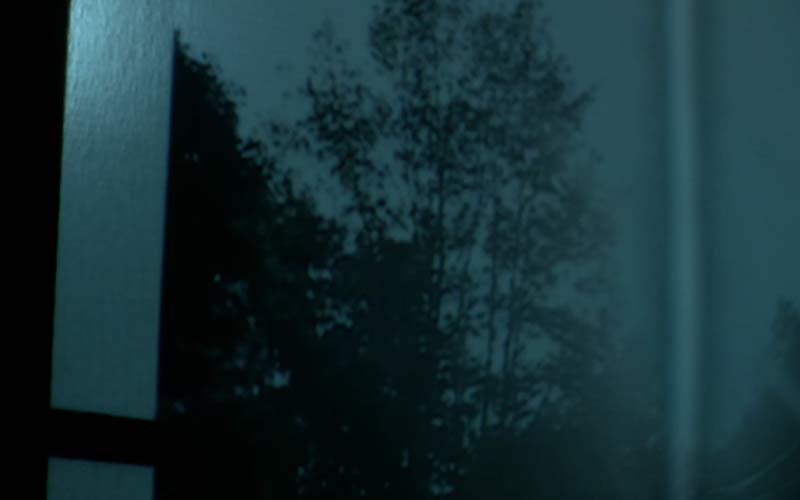 Part of the Experimental Sound Studio’s The Quarantine Concert series

Step into Light Behind the Light with musicians Elizabeth Start (cello) and Mike Weis (percussion) as they explore and perform within artist Beth Bradfish’s newest sound installation – filmed on location at the Kalamazoo Valley Museum in southwest Michigan.

“For a moment we can come together and consider how well we are connected even during a time of isolation and distancing,” explains Bradfish in her artist’s statement. “As visitors walk within the rows of huge summer screens, they will hear the sounds of nature, voices speaking, bells and the hum of life. These sounds vibrate through the screens as well as the glass wall behind the screens.

“The screens and glass have electronics that transform them into speakers of sorts. Visitors can feel vibrations as well as hear and even interact with the screens to create sound.”

In this concert, Start and Weis use their instruments, the soundscape of the room, as well as the percussive screens themselves to create a unique world of sound.

Her focus is on creating environments where the audience is free to move through the sound and experience it with more than their ears. For Beth, the permeability and physical intimacy of sound is the foundation of experiences she creates and into which she invites her audiences. Her work has been performed at Spectrum NYC, Constellation (Chicago), Issue Project Room (NYC), Burning Man (Nevada), and she was selected as a featured composer in the Oscillations series of Experimental Sound Studio. Beth has been awarded an artist’s residency fellowship at Ragdale, a Field/Work residency with the Chicago Artists Coalition, a New Works Residency with Harvestworks New Media (NYC), sponsorship at High Concept Laboratories (Chicago), and Individual Artist Support grants from the Chicago Department of Cultural Affairs and Special Events (DCASE) in 2018 and 2020. She is past president of Chicago Composers’ Consortium, and serves on the board of Experimental Sound Studio, and has taught as an artist in residence at the School of the Art Institute Chicago. She received her MFA in Music Composition from Vermont College of Fine Arts.

Mike Weis is a percussionist, photographer and sound artist. Since 2000, Weis’ main music project has been with the Chicago experimental-rock band, Zelienople, as well as other acts including Kwaidan and Good Stuff House. He has also collaborated with Scott Tuma, Mind Over Mirrors, Jasper TX, Black To Comm, Xela, The North Sea and Haptic.

His current groups include a duo collaboration with Slowdive drummer Simon Scott; the avant-Jazz trio Slow Bell Trio with Steven Hess and Keefe Jackson; an ambient improvisation trio with Jendon and Cinchel called Mirror of Nature; and The Chevrons, a David Lynch-inspired lounge act with members of Zelienople. Recently, Weis has turned to the solo format releasing music on Barge Recordings, Type Records and Monastral.