< Back to Music in Place Home Page 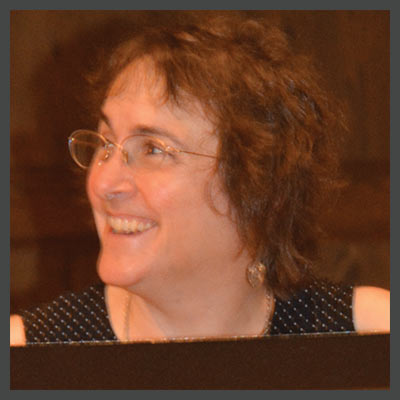 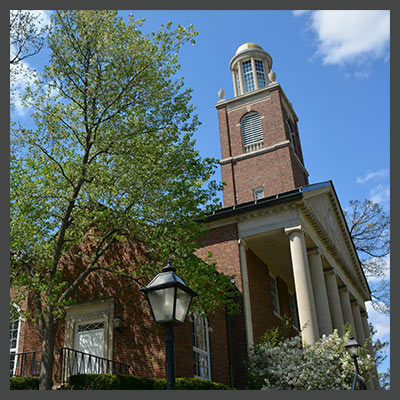 Stetson Chapel has many memories and meanings for me. I grew up a few blocks from Kalamazoo College, where my father taught, and the campus was a portion of my childhood playground. I played in the woods of the college grove behind the chapel, and joined the students in the winter as they trayed down the hill in front of it, using equipment from the cafeteria. The dome was a “we’re almost home” beacon after family trips. I was also involved in musical performances there from an early age.

During my year at Kalamazoo College as a student, I pondered, in the shadow and balcony of the chapel, whether I would continue at “K” as a math and music major, or transfer to Oberlin for a more rigorous musical education, perhaps one of the most important decisions of my early life.

The chapel represents to me the college community: the strong friendships that developed among the faculty and their offspring, the security and growth I experienced in the neighborhood in which the chapel prominently resides. I’ve attended weddings and memorial services there, with the memorial services more frequent in the last couple decades, after my return to Kalamazoo, since many people I knew since childhood were still here, like the chapel, when I returned to my hometown.

The “K” College collegiality and sense of community is reflected in the text I used: the poem* “For Jeff Smith, June 1984”, written by one “K” faculty member, Conrad Hilberry, on the occasion of the installation of a ring of bells in the chapel, which was the passion of another faculty member, Jeff Smith. These men both played roles in my life, not only because I delivered newspapers to their homes for years. I had many math classes with Jeff Smith who was also an excellent musician and music fan, and, once I became a composer, Con became a frequent source of wonderful texts and inspiration for my compositions, and the conduit through which I developed an appreciation for the imagery of poetry.

The work is in three sections, with solo cello interludes which ponder elements of the text setting. The poem’s two stanzas are presented in the first sections, followed by a third section which highlights words related to my reflections: “listening”, “hearing you”, “we come to know”, and “how absolute the heart must be”. A fragment of “Westminster chimes” appears motivically, which is inaccurate as far as bell change-ringing goes, but evokes bells and has powerful memories for me.

Soprano Susan B. Anthony joins my three layers of cello to present this generally upbeat, or at least smilingly contented, piece. For rehearsal purposes, I was forced to finally learn my looper device to provide all three cello parts in real time. Audio engineer Bryan Heany recorded all the tracks and mixed the final version. Both Susan and Bryan are no strangers to concerts in Stetson Chapel, and Susan shared some of her mother’s wedding pictures for the slide show I put together for this project.

Creating this piece resolved some ambivalence I had harbored about the chapel and the bells. Initially, I questioned the relevance of my seeking out Con’s poem about the bells. Had I remained at “K” as a student in the late 70s and early 80s, I’d have been in the thick of it as the bell enthusiasm developed and came to fruition with their installation. In 1977 I took a class with Jeff, learning the mathematics of change-ringing on handbells, as this passion was beginning to emerge. Because I left on another path, I missed the developments and festivities surrounding the bells, and thus kept them at arms length. Now, I have integrated them into my sense of what the chapel, and the community, is.

Hearing you speak of bells, we hear bells speak.
We let ourselves believe we understand
their curious talk, how a priestly band
makes mathematics ring out, loud as Greek.

But, listening, this is what we come to know:
how absolute the heart must be to pull
from the fall of balanced bronze a music so
austere and yet so sensual.

She returned to her hometown of Kalamazoo, MI in 2001, where she is a cellist with the Kalamazoo Symphony, Executive Director of the Michigan Festival of Sacred Music (a 501(c)(3) arts organization), and Secretary-Treasurer of the Kalamazoo Federation of Musicians, Local 228, AFM. She continues her activities in Illinois with the Elgin Symphony, as a member of Musicians Club of Women, and the Chicago Composers’ Consortium. Her commissioned piece from the Kalamazoo Symphony’s 100th anniversary season will be premiered in the fall of 2021.